The results are in and it looks like there’s plenty of work to do. While some municipalities have taken very aggressive measures to approach the Holy Grail of Zero Waste in their curbside pick-up services, they lag behind is the efficiency of recycling in public places. So say the results of a “first-of-its-kind” survey of best management practices for public space recycling conducted by Keep America Beautiful and RecycleAway. “While 75% of homes now participate in curbside recycling (which is more than voted in the last presidential election), only about 10% of the population participate in public space recycling”, according to Michael Alexander, RecycleAway CEO.

Areas covered in the survey included Parks, (the most common place where public space recycling occurs), Office Buildings, Downtown areas, Stadiums and Event Venues, School Athletic Facilities, Hotels and Hospitality and College Campuses. Less than half of these respondents to the survey were able to estimate the number of daily visits to their receptacles. Those that could provide estimates varied greatly due to the nature of their location, a receptacle at a professional sporting event would likely have more usage than one in a hotel lobby. 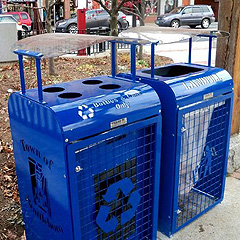 A third of all garbage receptacles had some form of recycling container beside it with about twice as many cans and bottles being collected than paper or other singlestream recyclables. The goal, according to Mr. Alexander, would be to have “recycling next to each garbage receptacle. When the two are separated you often find garbage in the recycling and recycling in the garbage”. Further, and not surprisingly, compostable and organic matter represented an even smaller percentage of that which is being collected. However this number is expected to rise as more states and municipalities target this growing segment.

The most common form of communication is done in the form of signage at the bins themselves. With slightly less energy put forth in the way of community outreach. Some of these messaging channels include news or social media, or via press releases, websites or newsletters.

Most commonly receptacles are serviced once per week, though it is not uncommon for this to happen multiple times throughout the day, daily or a few times per week. 2nd only to a weekly pickup is service performed only when the receptacle is full.

Perhaps the most significant finding of the survey is the lack of attention to the business model of public space recycling programs. A mere 13% of respondents could claim any figures on man-hours and costs of servicing containers. Those survey respondents who did have some analysis of costs offered a variety of formulas and methodologies for how they came to their calculations. The industry would be well served by a commonly understood and implemented formula for analyzing costs particularly when this is generally paid with taxpayer dollars. Further, approximately half of the respondents have not measured how much material is being collected. 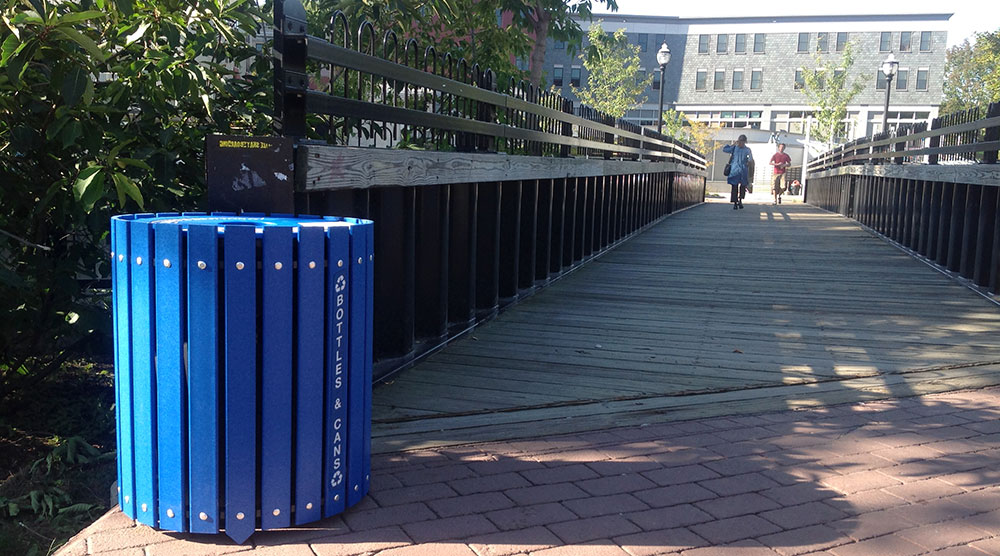 There are many challenges facing the efficient use of Public Space receptacles. 36% mentioned some form of contamination to the materials with only 11% having taken any actually measurements. Mr Alexander points out that reduction of contamination would be “related to how effective the bin is to showing very quick, split-second way to the user what goes where.” Anecdotally, raccoons, messy soda bottles, bins being moved, lack of containers accompanying trash containers, are some of the popular concerns. For those involved in Public Space Recycling, roughly three quarters can supply documentation that materials were successfully processed for recycling.

While the majority of survey respondents have received feedback from the public and plan to continue to improve their service, only about 30% have made significant changes to signage, colors or contamination alerts. The survey suggests that improved public relations and education are the best tools toward improving public space recycling, with improved signage at the containers also important.

Public space recycling is a common sight on our landscape. But there is more work to do to continually improve communications with the public on what is recyclable and where to put it. Increase the presence of containers, and continue on our current path of creating better habits for appropriately discarding our glass, plastic, paper and compost.