What is Single-Stream Recycling?

Recycling is a complex term, not so simple as throwing items in a tub and waiting for them to be hauled off and spun into sustainable new containers. Over the decades, much legislation has been passed and many systems have been tried by various states, cities, towns and municipalities … all in an effort to ensure the highest possible rate of reclamation by citizens and businesses.

The rampant confusion over recycling, however, has meant a lowering of the overall effectiveness of the system. That’s why more and more public and private decision-makers are turning to single-stream recycling, a system that, when adopted, can significantly increase recycling rates and reduce waste.

Today, let’s take a look at how single-stream recycling works and why you might consider for your business or institution.

What Is Single-Stream Recycling?

Part of the confusion over recycling comes from the variety of terms used to refer even to a single process or system. Single-stream recycling, for instance, is also referred to as fully commingled or single-sort recycling. This refers to the basic premise, which is that you can put all items in the same container. These items are then transported by recycling companies to a materials recovery facility, where they are sorted.

Single-stream recycling has been around since the 1990s and was first developed in California, but is still not that widely practiced. Some municipalities use a mostly single-stream system: for instance, commingled recycling except for glass, which must be sorted. Others still require citizens to sort.

What Kinds of Materials Are Accepted?

The exact materials accepted in a single-stream system will vary from city to city and organization to organization, but in general the following tend to be accepted:

Some recyclers will also allow items such as aerosol cans, aluminum foil and envelops with plastic windows. This is not true for all, however. When non-accepted items are put in commingled or single-stream containers, the risk of destroying whole batches of recyclables increases. That’s why it’s so important to know what your particular recycler takes if you opt for single-stream.

What Are the Benefits?

Many benefits are associated with single-stream recycling, including the fact that the reduced sorting burden encourages more residents to participate, collection costs drop because trucks don’t have to specialize in different materials and reduced chances of accident because carts are less dangerous than bins. Plus, because of the reduced costs and work involved, there may be an opportunity to expand recycling options and open new centers around the country.

It also brings a few disadvantages – mainly related to startup costs – but with the right recycling provider, these are negligible and quickly overcome. Plus, once the system is in place, the costs related to multiple collection containers and sorting drops.

Quite a few communities and organizations around the nation now participate in single-stream recycling programs. Notable is New Britain, whose participation rate skyrocketed from 62 to 98 percent in the year the program was reduced, and saved the city $300,000 in 2016 in trash collection fees.

If you want to be one of these success stories, you can learn more at RecycleAway, one of the nation’s leading providers of single-stream recycling equipment and expert advice. Please don’t hesitate to get in touch with us today. 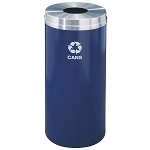 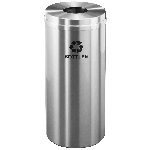 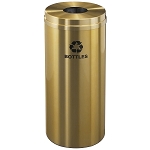 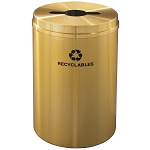 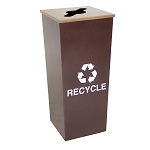 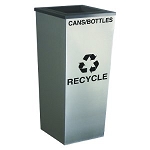